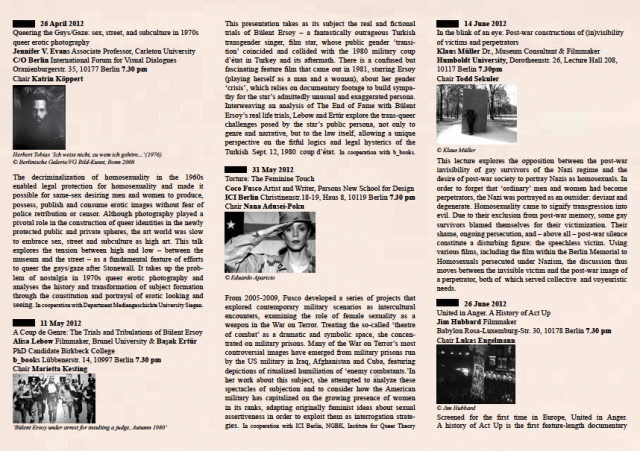 Talking Eyes is a series of five events to foreground marginalised discourses around the visual culture, it`s perception, designs, strategies and technologies. Hosted by the research group Visual Culture of the interdisciplinary graduate research program Gender as a Category of Knowledge at Humboldt-University in Berlin, the lecture-, discussion-, and film series (to be held at various venues throughout Berlin) is aiming to open up theoretical and practical interventions for subversions from the different perspectives of the invited artists, activists and academics.
Based on the knowledge that visual materialities are always based on gendered and racialised iconographies, questions concerning pornotopic, forensic, clinical and military detection; surveillance and disease control; and sexuality, crime and war will be discussed.